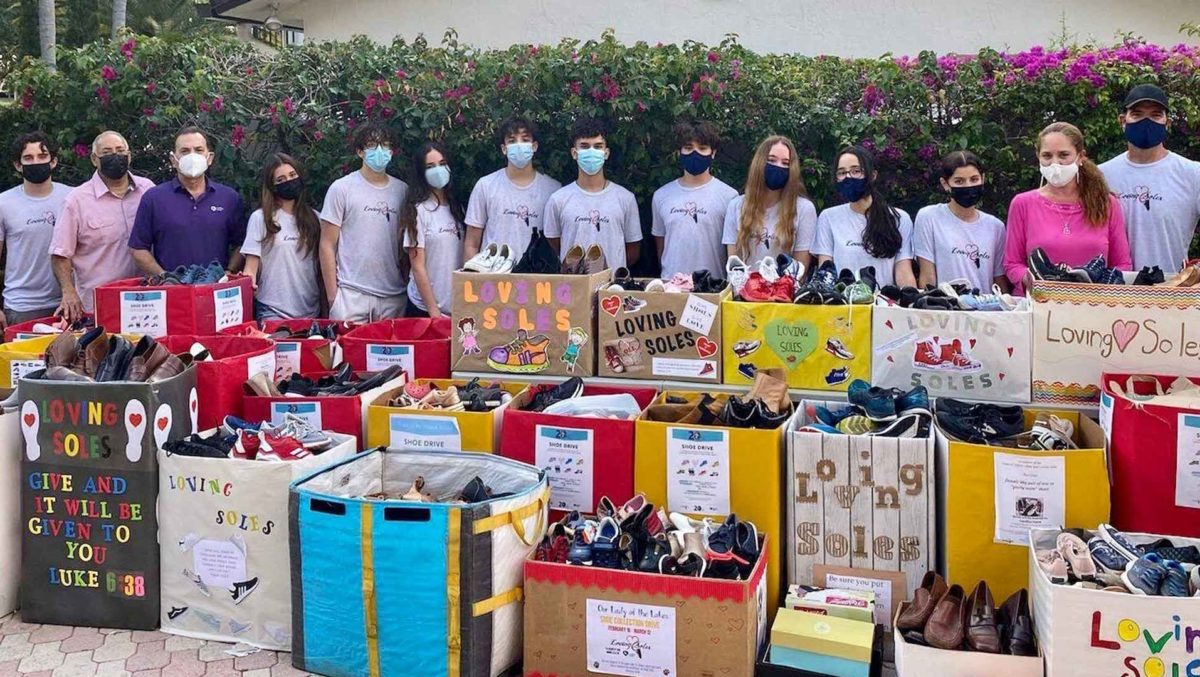 A group of students from several schools in Miami-Dade and Broward counties came together to organize a shoe drive to benefit the homeless and poor in our community. Through the Loving Soles non-profit organization, the students collected over 5,000 pairs of shoes that were donated to Camillus House, an organization whose mission is to serve those most in need in South Florida.

Three siblings led the shoe collection and drive efforts. Sophia, Susanna and Christopher Inguanzo have been involved with Loving Soles since 2013. Last year, they coordinated a shoe drive in their hometown of Miami Lakes that resulted in over 2,000 pairs of shoes being collected. This year, the Inguanzo family reached out to several other cities in Miami-Dade and Broward counties and asked if they would join in the month-long shoe drive, which ran from February 12 through March 15, 2021.

Over 200 shoes were collected at the City of Hialeah’s charter Educational Academy (COHEA). Students from several schools in the Archdiocese of Miami, including Our Lady of the Lakes, Mother of our Redeemer, Monsignor Edward Pace High School, and Archbishop Edward McCarthy High School donated over 1,500 pairs of shoes collectively. This year’s drive ended on March 15th which is “National Shoe the World Day” – a day which highlights the value of providing footwear to the millions of people around the world who do not have shoes.