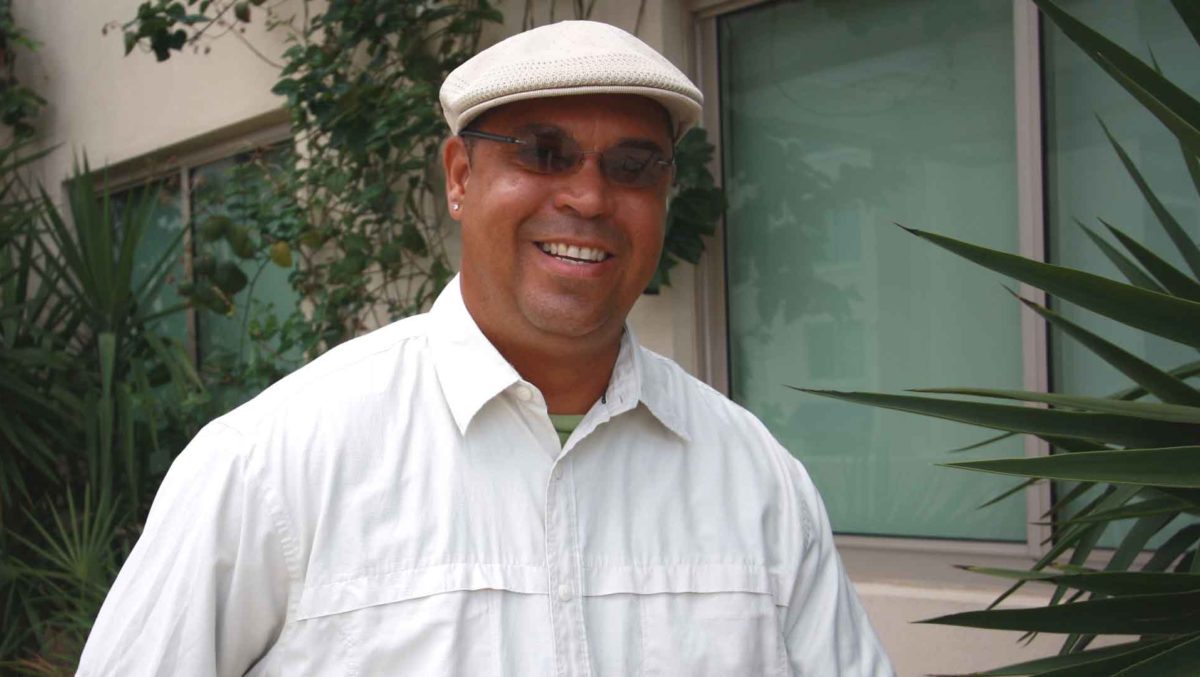 “I now have accountability across the board because of Camillus.”

Richard Smith’s confident handshake and sense of purpose compliment his southern hospitality and kind manner. Born in New Orleans, the 48 year-old former Navy Yeoman first came to Miami in 2008 after a mandatory evacuation of his home town in preparation for Hurricane Gustav.

After years of living a loose lifestyle in the Big Easy, Richard took this as an opportunity for change. But change didn’t happen immediately. It took four years for Richard to hit rock bottom. “I was that guy. I was a drunk. I came here (to Miami) with a black eye, no driver’s license and an empty wallet,” Richard explains.

Then for the first time in his life, he entered a rehabilitation program at Camillus House. Through this intensive treatment program, Richard was able to work through the hurt and grief he experienced growing up, which led him to years of drinking.

Last year, while in the process of securing permanent housing, he got word that his mother was sick. The oldest of three children, Richard knew he had to carry the weight of this family emergency and go back to New Orleans to be with his mom in her final days. Determined to stay on course with his recovery, Richard decided to return to Miami before Mardi Gras and Jazz Fest came along.

Referring to the program Richard shares, “It’s the only program of its kind in the county where you can receive ALL of the essential services you need.”

While he was in the program he helped clients who had yet to or were just beginning their journey of recovery. Observing that he was further along in his recovery than many of the other participants, Richard had a sense of purpose for being here. He would often cuts guests’ hair as a gesture of giving back. On one occasion, he cut a man’s hair and beard and later found out it had been 20 years since the man had gotten a haircut.

Richard’s next goal is to attend Miami Dade College to study hospitality or culinary arts. For now, he is settling into his recently remodeled apartment at Camillus House’s Somerville Veterans Village, which is not too far from the charity’s main campus. Reflecting on his interaction with other Camillus clients, Richard believes Camillus House gave him his life back. “I now have accountability across the board because of Camillus,” he explains. “God is using me in a positive way.”