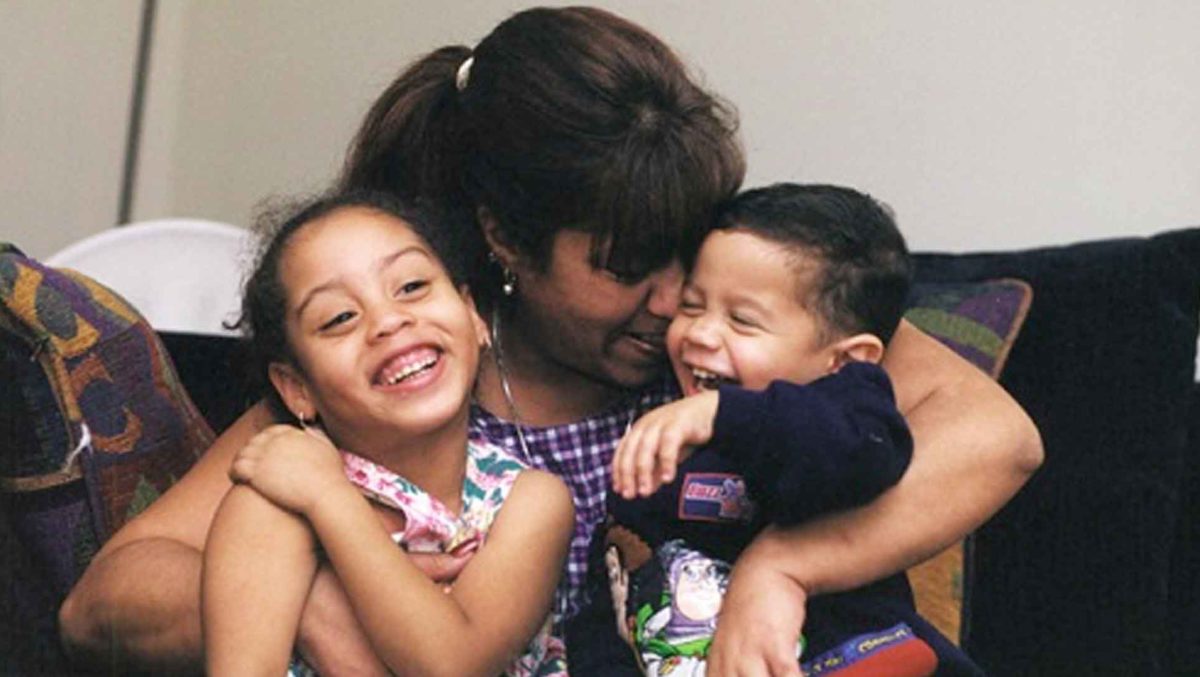 Rita, 38, had lost everything. Her home, her children, her hope. But then she found her way to Camillus House – and a second chance at life.

Rita, a mother of three, whispers the word to describe her five months living homeless in Miami last year.

She closes her eyes and shutters visibly at the memory.

“I got so tired of being hungry or thirsty,” she recalls. “It would get so hot, and there would be nowhere to go. “I’d walk through a store, and stay in there as long as I could, praying I wouldn’t be asked to leave.”

The steely stares of scorn. The hunger pangs. The cold nights sleeping on the street or under bridges. These are the bad memories that Rita is still trying to leave behind.

Life on the streets was difficult, but homelessness was only the final destination on Rita’s long spiral downward.

As a young woman, she began using drugs and eventually became addicted. Her habit caused her to lose her job, destroyed her marriage, and led to her children being taken away from her. Before long, she had lost her home.

Rita is the first to admit that drug addiction was the root cause of her problems; she just wasn’t able at that time to stop it from destroying her life.

“I tried with everything in my being to stop. But for a long time, I was losing the fight. It was stronger than I was.”

“Finally, my youngest son was taken away at birth, and that was painful beyond words. When they took him away at the hospital I couldn’t stop crying. I knew ten I had to change – I just didn’t know how.

She felt overwhelmed by her problems and knew she couldn’t make it on her own. She was till hungry and had no home. Then she learned about Camillus House from a friend. She didn’t know much about it, just that she could get a warm meal there.

“I was surprised at how I was treated,” she remembers. “They didn’t judge me or look down on me. They just smiled at me and handed me a big plate of food. And it was so good!

That was the first small step forward for Rita.

She received medical help through the Camillus Health Concern clinic and she did stay – at a Camillus House program for formerly homeless women and children.

An old family friend, who believed in Rita’s determination to rebuild her life, hired her to do clerical work from her new home at Camillus.

As she began to get better she remained focused on just on thing – being reunited with three children, ages 9, 4 and 2.

At first, she was allowed weekly visits with her children. “I’ll always remember one of the first visits from my 9 year-old son here at Camillus. He hugged me and said, ‘Mommy you’re all right. You’re gonna be alright now.’ At that point, I was beginning to believe I could make it.

Over a month ago, Rita got her wish to be reunited with her children – just in time for the season of hope. She calls it the best present a mother separated from her children could ever want.

“My dream for the past year has been just to be a family again. To have my kids live with me. And it’s happened. I can’t believe it, but it has really happened.”

“I see endless possibilities, only good things,” Rita says. “And I know that I can do it now. I can take care of my children. I can be a good Mom. I feel safe, and secure.”