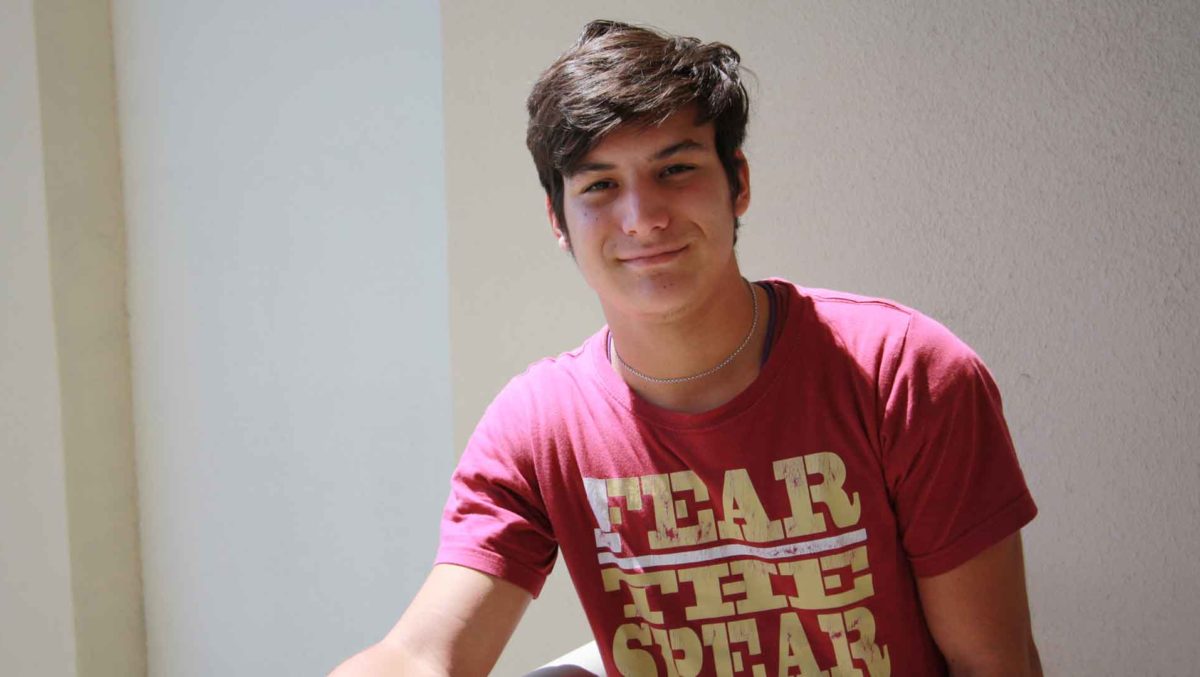 Jairo Rodriguez’s voice is calm, his handshake firm and his views on life are uplifting even though his life has not been easy. Jairo, who is 18, left Cuba for the United States with his mom and dad five years ago, in search of the American dream. As a young boy, he remembers the beauty of his country, but he also recalls the harsh reality that Cuba is stripped of opportunities, especially for young people.

After arriving in America, the family moved in with his dad’s relatives in New Jersey and for a while life was good. Unfortunately, it didn’t last. Tensions between Jairo’s mom, Elena, and her husband’s family strained their relationship and ultimately led to the family separating. Elena and Jairo eventually moved in with friends in Orlando while his dad remained in New Jersey.

Not long after, the difficulties continued when their friends’ home was foreclosed, forcing mother and son to move once again. “It was a devastating situation,” Jairo explains. “We had no plan or options for the future.” To make matters worse, his mom was unable to work because of a medical condition with her legs.

Then a friend from Miami encouraged them to come here in the hope of finding shelter at a local charity. After arriving in Miami, Jairo and Elena met with a police officer who brought them to Camillus House. They were immediately seen by a case manager, who works for the organization’s emergency shelter program. “She walked us through the process and explained all of the services,” Jairo recalls. “She explained how we would be provided a safe place to sleep, hot meals, showers and medical care for his mom.”

Jairo recently began working the graveyard shift at a market in Allapattah. It’s hard work but it’s a start, and he’s not one to give up. He understands this is a stepping-stone. “Life has its ups and downs, and though we’re down now, we’ll soon be up,” he says. Jairo also hopes to start college soon and one day earn a degree.

For now he’s focused on helping his mom. “I’ll do whatever I have to for my mom,” he explains. “It’s difficult to see your mother cry every night, thinking about what she’s going to do.” The staff at Camillus House are also working hard to help the family transition into more stable housing.

While this young man’s experiences have been difficult, he remains grateful to the United States for the opportunities afforded to him. He also understands better than most how you can learn from life’s problems. “This is a lesson, from here I will learn,” says the wise young Jairo.