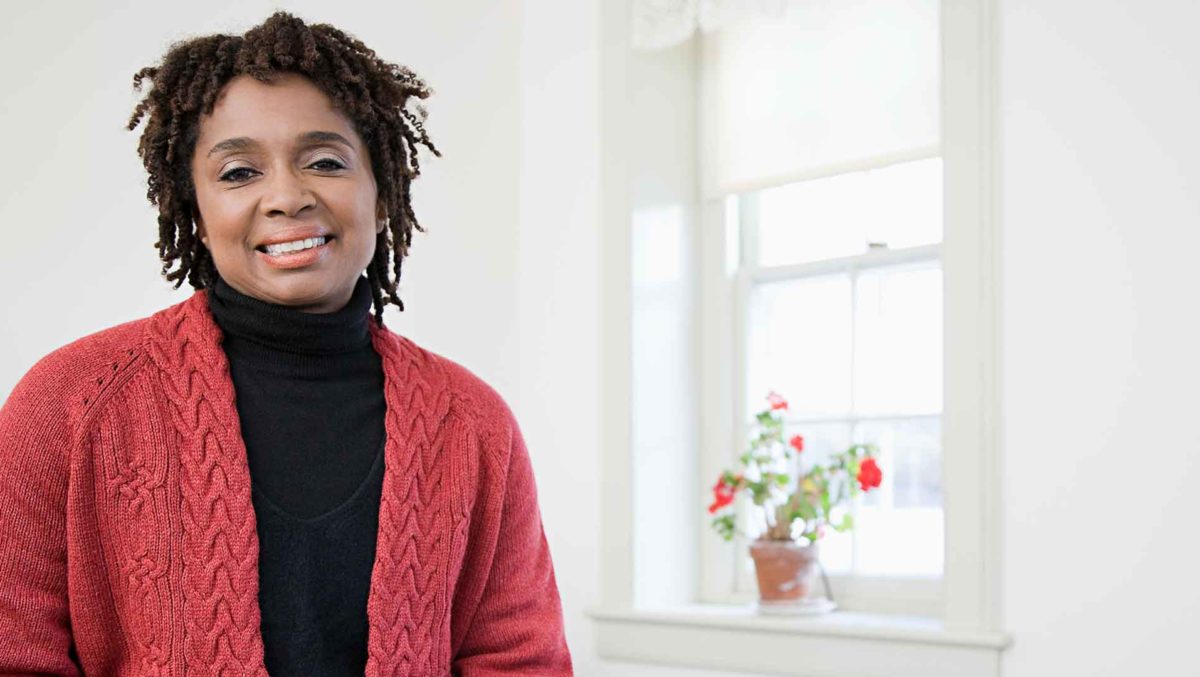 Playwright Eve Ensler, who worked in a homeless shelter for eight years, writes last year in The Apology—excerpted throughout this article— that “there is no pain we can ever truly bury or avoid within ourselves.” After years of avoiding the topic of sex trafficking by burying it out of sight, we’re talking about it more and more as a society—which can make it seem overwhelmingly impossible to rectify—until we consider this is the prerequisite for change.

This month of January has been known as National Slavery and Human Trafficking Prevention Month ever since President Obama’s 2010 proclamation. To honor the strength of soul to shift one’s life, we share with you here the story of Helen, a sex slavery survivor striving for more through the care of Project Phoenix at Camillus House. Because, as Ensler helps us understand, “any structure predicated on the need to destroy another is not just or sustainable.” But if you can sustain your attention to Helen’s story, we will get closer to more days that are more just.

Helen grew up in Memphis, Tennessee. The only memory that sticks out from her first fatherless seven years on earth, she says, centers on her mother— “Some guy was in the house and she was hollering and screaming and ran downstairs with no clothes on, screaming that she got raped.” Helen hid under the table and one of her brothers hid behind the couch. She bore witness, in other words, to an act that Ensler describes as “the willing demolition of all the boundaries that make us human[…] the twisted refraction of all that has been denied and disallowed in men, unleashed at maximum velocity.”

From ages eight to ten, Helen describes her upbringing with five siblings and her mother’s friend’s children as follows—”She wasn’t an at-home mother so we had to, like, learn everything on our own, my brothers and sisters, we had to cook on our own, we had to basically raise ourselves.”

After child protective services intervened, Helen moved in with her aunt. “After my aunt gave me up, I went bouncing from foster home, foster home, foster home,” she says like rain resigned to drop. She ran away from one of the homes twice, staying at her grandmother’s, with police bringing her back until the foster parents, Helen notes, “said they couldn’t go through it anymore.”

The next foster parent let her do whatever she wanted. “I felt like I was in heaven,” Helen confides. She would stay with her baby’s father, skip school and “pretend everything was cool” when a caseworker came to check up on things.

The gateway gig into being sold for sex, for Helen like so many others, was the strip club. “Easy money. You know you just go in, dance. Guys just give you money cuz you look good.” That’s what she thought she was getting into. “But it’s an upgrade,” she explains. “I was scared when I first did it but after a few drinks at that time I didn’t think about it.” In other words, as Ensler asks, “Where did your rage and hurt and suffering go? You seemed to bury them under this new hardened and numb persona.”

From the club she took her services to the street. Then to different states. New Orleans first. “At that time, I didn’t look at it like that,” Helen says about the pimps and traffickers who sold her. “Being beat because I didn’t want to do certain things” came later, though. In Texas. And then South Florida.

From LeJeune and SW Eighth Street to Okeechobee, Miami Beach, and Fort Lauderdale, tourists from around the U.S. and around the world lined up for her at the hotels she called home for years. “Paralyzing dread. No place to turn to. No one understands. Claustrophobic cage of hopelessness closing in. Let me out. Let me out of here, out of here[,]” in Ensler’s words.

A few ladies from the State Attorney’s Office—after a particularly severe beating from her human trafficker who took all her money—convinced Helen’s friend, and finally Helen herself, to come to Camillus House.

At first, Helen cried every day, lamenting her self-perceived lack of freedom. But through counseling sessions, group therapy, and appointments—”dental, physicals, psyche, all types of appointments, just to make sure you’re in good health, mind, body, everything,” Helen notes—her mindset shifted.

“Talking to everybody and everybody was showing me that I am, how can I say it, that I am beautiful for once…I’m a queen, that’s how they make me feel,” Helen goes on. And in the confident way Helen relates her transformation, almost as if it were foreordained, she confirms Ensler’s insight that “[i]t becomes more and more evident that the story that isn’t visible, told, or owned is the one that holds the most power.”

Helen earned several certificates from the culinary arts training offered by Miami Dade College in the Camillus House main campus kitchen through full-time attendance over a few months. She’s now been preparing food at the same restaurant for five months. She’s a night-shift, shift leader. In job and spirit.

Her favorite food to prepare is eggs benedict because she never knew you could boil an egg, confirming the Ensler-isms that “[c]uriosity is a form of generosity. […] Implicit in wonder is humility.”

Her Camillus case manager talks her through workplace challenges with the friend-like support that leads Helen to say of her and the Camillus staff—“they’re like my family.”

Project Phoenix residencies can last up to two years, but Helen’s staff support team here is already honoring her progress by finding her housing to move into soon. And she’s looking forward to coming back to visit Camillus and inspire newly admitted women through her mentorship as a soon-to-be alum.

Helen now is a star, as Ensler sees it—“Stars. Stars. Millions of them. I am so grateful for the stars. Each one is a shining little face, leaning out to be noticed or cherished or seen. Expectant eyes and ready cheeks. Each one performing sparkling tricks hoping to be adopted or redeemed. Each star is a luminous child who got missed.”

* To protect the privacy of this Camillus House client, her name was changed for this article.