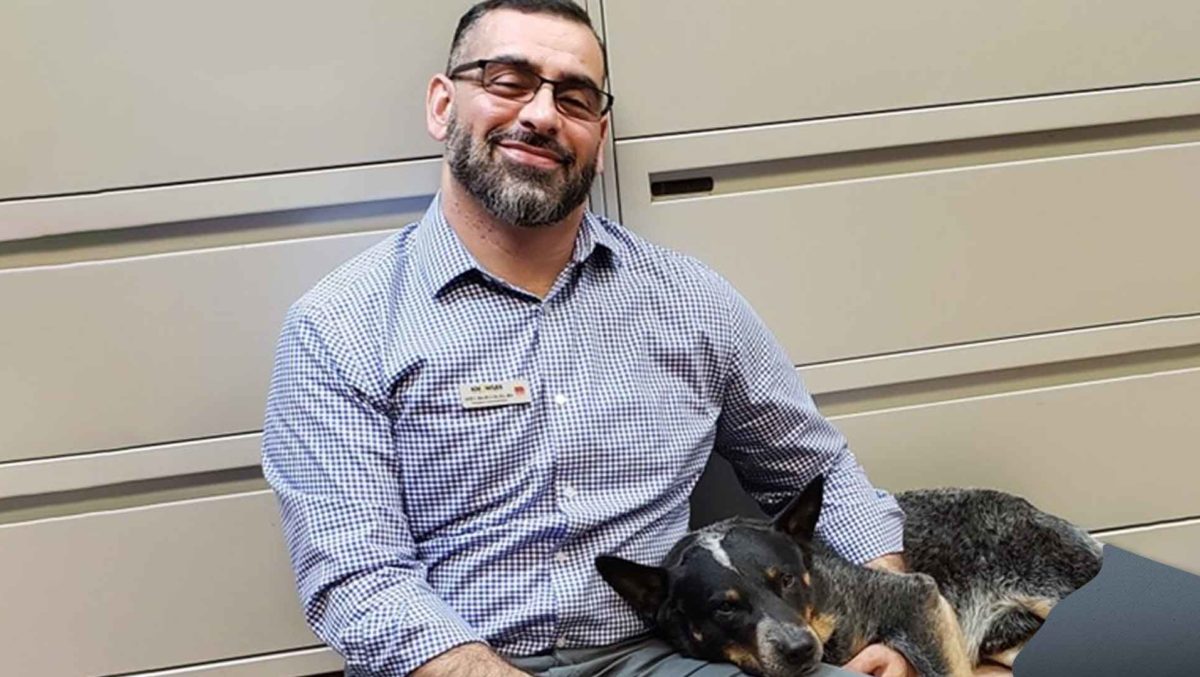 The essence of that love they give is as valid an explanation as any for the pup-petuation of Camillus House’s kindness to canines. Since the advent of the Joanna and Greg Swienton Dog Kennel on campus in 2012, the main campus doubles as a place for people facing financial need—from Camillus residents and program beneficiaries to community neighbors at large—to keep, clean, and cavort with their pets. Cats included.

Veterinarians volunteer at Camillus House every third Sunday of the month through the state-licensed Project Unleashed program administered by the Miami Veterinary Foundation. Starting at 8 a.m., the main lobby at Camillus House transforms into a volunteer veterinary clinic serving pet owners throughout Miami going through tough economic times—as well as clients residing on-site.

For the upcoming January 19th episode, the pets and their parents will be newly joined by VCA Charities Pet Food Pantry—with 400 pounds of dog and cat food being distributed to owners for their furry friends, thanks to Hill’s pet foods. While the pets munch—as the Pets of the Homeless nonprofit group sees it—the pet parents’ sense of purpose grows. And along with it a sense of responsibility begins to bloom anew.

In fostering this creative collaboration, faith-based Camillus House is promulgating the “cultures of community, care, self-sacrifice and small-scale democracy” described by Patrick Deenan in his latest book endorsed by religious thought leaders from Dr. Cornel West to Archbishop Charles Chaput.

So how did the soon-to-be-quarterly series of pet food courts come to Camillus? This union of people and pets across town, after all, brings to mind Alexis de Tocqueville’s observation from Democracy in America back in 1835 that “[t]he strength of free peoples resides in the town[…]Town institutions are to liberty what primary schools are to knowledge; they put it within the grasp of the people[…] the spirit of liberty.”

David Bialski of VCA Knowles Animal Clinic is leading the logistics. He’s president of the South Florida SPCA (Society for the Prevention of Cruelty to Animals). As for his motivation in getting pet food to all people’s pets through Camillus House, David sums it up by saying to me that “[w]e are blessed in so many ways in life. It’s part of life—giving back. I always thought since I was a kid—we receive but we also need to give it back and that’s exactly what we’re doing.”

The new book and soon-to-be HBO special by journalists James and Deborah Fallows—Our Towns—profiles the innovative ingenuity that trounces the tired tropes of division that self-servingly dominate many media narratives. Although they flew over several towns across the U.S. for their research without making it to Miami this time, they would surely report encouraging signs from their small propeller plane’s vantage point upon these wonderful happenings at Camillus House.