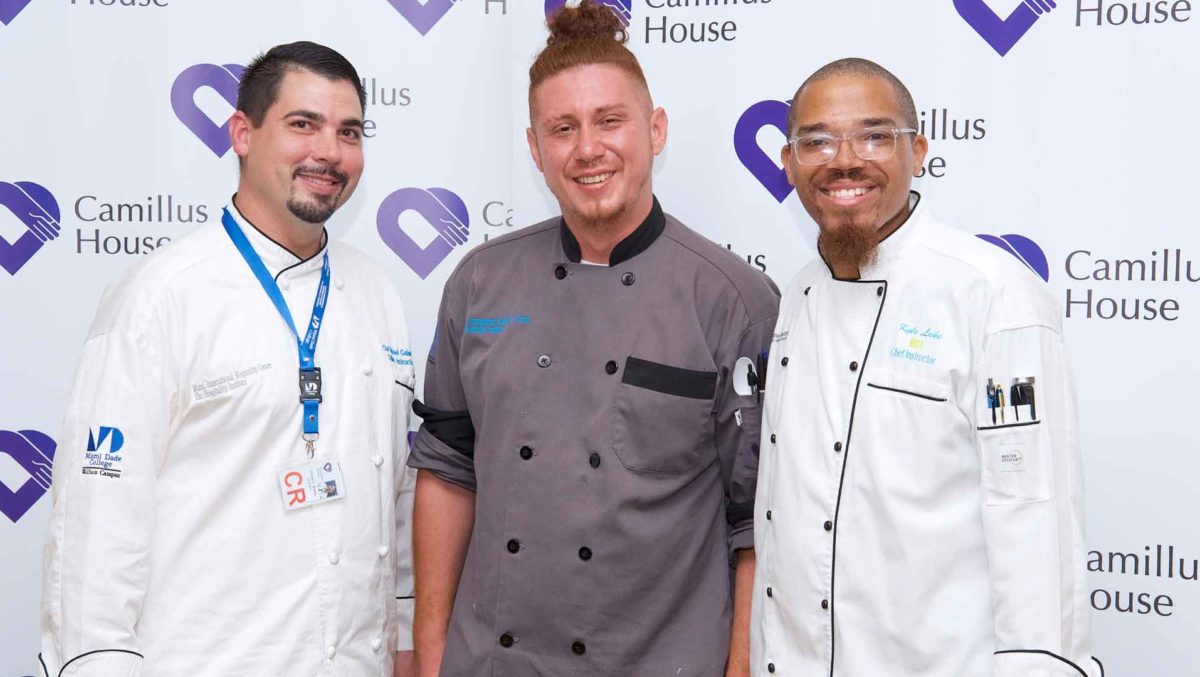 Carlos has been a part of Camillus house since early 2019. “I had never heard of Camillus House,” he admits. Carlos was homeless for months on the streets of Miami, Florida. “I was doing all kinds of dirt to survive. Most people glorify their horror stories, but for me, it is something I am not proud of.”

Carlos had a dangerous habit of self-loathing and self-medicating when he was homeless. “I suffer from depression, which leads to alcohol,” he confesses. One night, under the influence, Carlos was robbed and severely beaten. Luckily, Carlos transported to the hospital where he received treatment for his injuries.

Soon a staff member noticed and approached him about the Kitchen Cook Employment Training (KCET) program offered at Camillus House in partnership with Miami-Dade College (MDC). Carlos, who had a longtime love of cooking, jumped at the opportunity. Within the following week, Camillus House had approved him for housing as well.

“The only time I don’t feel depressed or feel like drinking is when I am cooking. The class saved my life,” Carlos admits why he loves the program so much.

The KCET program consists of seven weeks / 200 hours of instruction in necessary culinary skills, food safety and sanitation, customer service, and industry related workforce readiness skills. Classroom training is based on American Culinary Federation standards and American Hotel & Lodging Educational Institute (AHLEI) Kitchen Cook program. After the program, a certificate of completion and a Safe Staff Food Handler certification awarded to the students. Upon completion of the program, participants receive job placement assistance by MDC’s Hospitality Institute and CareerSource South Florida. “Chef Kyle is amazing! Everyone in that class has helped me!” he says.

Carlos now works at Fiola’s, a Michelin-starred restaurant in Coral Gables. Eventually, he hopes to one day open his own restaurant. Carlos is modest and very appreciative for the opportunities and possibilities in the future. It is safe to say that Carlos is no longer the same person that first walked to Camillus House.